Welcome to the Esplanade Zagreb Hotel, a hotel of distinction, glamour, style and tradition! Our beautifully designed rooms present a delicate combination of Art Deco heritage and a contemporary touch. We are proud of this long-history of first-class service, spectacular facilities and simply amazing food at a price you can afford. Dating back to 1925, The Esplanade Zagreb Hotel is one of the most famous and gracious buildings in Zagreb. The Hotel, renowned for its highly personalized and impeccable service, has been the centre of Zagreb's social life since its opening, welcoming presidents, politicians, film stars and musicians among its many distinguished visitors. Esplanade Zagreb Hotel offers supreme luxury for the spirit and all the senses in the heart of this historic city, close to all its major sights and delights. After a complete renovation, the hotel re-opened in 2004 designed to flawlessly merge the best of 21st century comforts with the alluring appeal of Art Noveau architecture.

Situated in Zagreb city centre, right next to the Zagreb Main Railway Station, 5-star Esplanade Zagreb Hotel offers a fitness centre and sauna. Free WiFi access is featured throughout the hotel. Guests can enjoy a meal at the hotel restaurant's terrace or have a drink served by the award-winning cocktail bartenders.

Opened in 1925, Esplanade Hotel boasts one of the most prominent buildings in city. Its art-noveau style rooms offer satellite TV and a minibar, while the marble bathrooms include a bathtub and shower and complimentary L’Occitane cosmetics.

Zinfandel Restaurant provides creative menus of the talented chef Ana Grgić, while the casual Le Bistro offers a mix of traditional Croatian cuisine and French recipes. The on-site spa centre and massage service are available at a surcharge. A 24-hour front desk is available.

Zagreb main square Trg Bana Jelačića is 900 metres from Esplanade Zagreb Hotel, while a variety of cafés and restaurants in Tkalčićeva Street can be found within 1.2 km. The Adriatic Sea can be reached in 2 hours by car.

Zagreb Airport is 15 km away. Car hire can be arranged by the hotel. 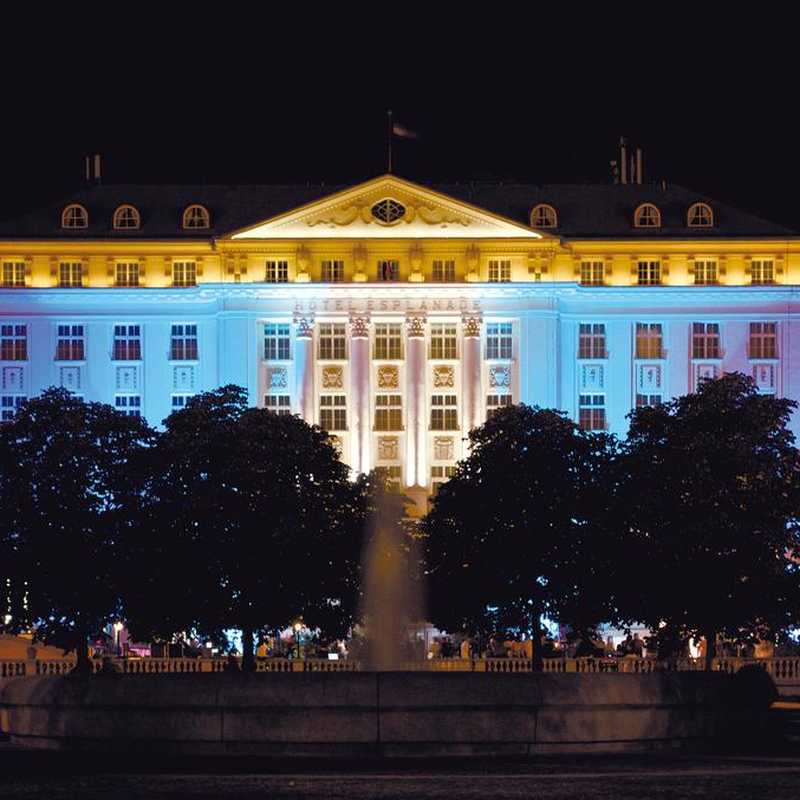